Dr. Austin Birch grew up in nearby Cowpens, SC.  He graduated from Broome High School and continued on to The Citadel for his undergraduate degree in Engineering.  After graduating from The Citadel in 1999, he continued on to the Medical University of South Carolina to study dentistry.  When he discovered his love for children’s dentistry, he continued his graduate studies at The University of Oklahoma-General Practice Residency and NOVA Southeastern where he became a Board Certified Pediatric Dentist.  He returned home to Spartanburg with his wife, Dr. Amy Monaco Birch, to open his practice and raise their family.  Dr. Birch and Dr. Amy love living in Spartanburg with their two children, Charlie and Lynnie, and fur-baby Taco.

Dr. Amy Monaco Birch is a native of Columbia, South Carolina, but has called Spartanburg home since 2010. She is a General Dentist and shares her time between Spartanburg Pediatric Dentistry and Cedar Spring Family Dentistry. Both opportunities allow for her to care for patients of all ages. She received her Bachelor of Science from the University of South Carolina in 2000 and her Doctor of Dental Medicine from the Medical University of South Carolina in 2005. She has served the Spartanburg community through the Junior League of Spartanburg and enjoys spending time with her family, reading and spinning. 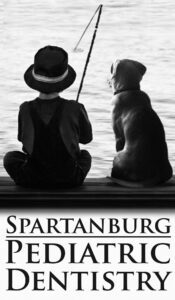